Newspaper Reports That Higham Lane Is The Best Performing Secondary School In Nuneaton!

The hard work of students and staff has seen Higham Lane ranked the best Nuneaton secondary school and in the top ten best in Coventry and Warwickshire for its 2018 GCSE results, the Coventry Telegraph has reported.

The School has gained the accolade for its Attainment 8 scores in the recently published government data, which is the average score across eight subjects taken at GCSE, including English and Mathematics.

Higham Lane scored an average of 52.9 points per student, which is way above the UK average of 46.4.

For Progress 8, a value added measure comparing students' results against others nationally with a similar attainment, the School scored 0.46. In 2018, Progress 8 has been slightly adjusted to take account of those students whose progress is much lower than similar students due to various factors, such as long-term illness.

Proud Headteacher, Phil Kelly, commented: ``We are delighted that Higham Lane School's superb performance in the 2018 GCSEs has been confirmed in the School Performance Tables.

``As well as performing within the top 15 per cent of schools nationally for student progress, we were ranked fifth out of 55 comparator schools who have a very similar ability intake. We also achieved a fantastic Attainment 8 score.

``We would like to congratulate our students, staff, governors and parents/carers for this excellent performance.'' 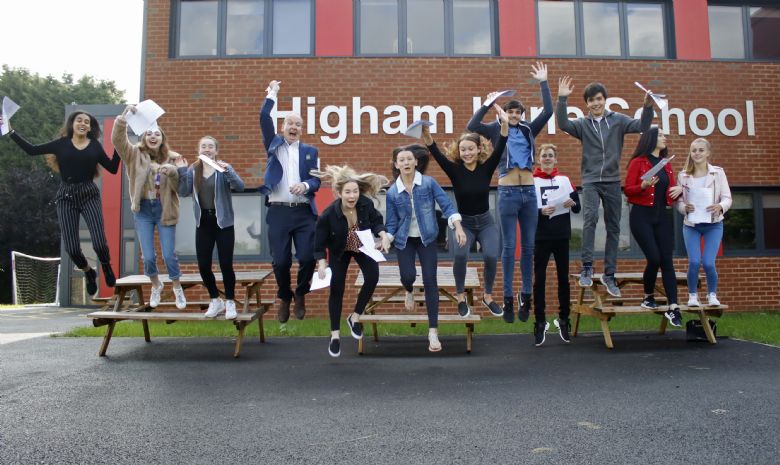